The Birmingham Police Department reports an arrest has been made in the murder of Jaylan Bloxom. Bloxom was murdered on Saturday, June 25, 2022. 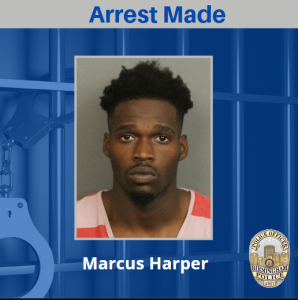 The Birmingham Police Department is conducting a homicide investigation. The incident occurred on Saturday, June 25, 2022.

At approximately 7:05 PM, East Precinct officers were dispatched to the 7500 Block of 67th Courtway South on report of a person shot. Officers arrived on the scene when they observed the victim lying unresponsive in a courtyard suffering from an apparent gunshot wound.

The preliminary investigation suggests the victim and an unknown suspect were together at the location when an argument ensued between the two. The suspect produced a handgun and shot the victim. The suspect then fled the scene.