The Birmingham Police Department reports detectives are conducting multiple robbery investigations at our local Metro PCS stores. Detectives requests assistance from the public in identifying a suspect in the attached photo.

Recently, BPD officers investigated multiple robberies at Metro PCS stores. We have provided the stores and dates of occurrence below:

BPD Robbery detectives believe the same suspect has been involved in the robberies listed. The robbery offenses have ranged from “strong arm” to threats involving a deadly weapon.

Please see the attached photo featuring the suspect in this investigation. 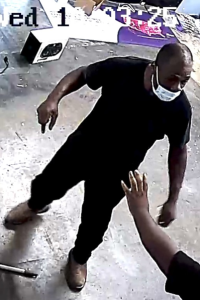