The Birmingham Police Department reports an arrest has been made in connection to the murder of Keith Hardy. Hardy was murdered on May 12, 2021 in the 2900 block of Gallant Drive at the Monarch Ridge Apartments.

The suspect has been identified as
Quanderius Sanders, (20), b/m, of Fairfield, Alabama. 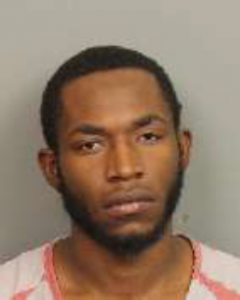 The victim has been identified as Keith Hardy, b/m, (29), of Birmingham, Alabama. At approximately 8:45 a.m., the 911 Communications Division received a call of shots fired in the 2900 block of Gallant Drive. Officers arrived and discovered a vehicle at 2499 Gallant Drive that collided with multiple cars in the parking lot. After further investigation, officers found a victim inside a of his vehicle unresponsive wounded by gunfire. Birmingham Fire and Rescue responded to the scene and the victim was pronounced deceased on the scene.

The preliminary investigation indicates the victim was sitting inside his vehicle having a conversation with someone in a silver SUV. The passenger in the SUV exited and fired shots into the victim’s vehicle. The victim attempted to drive away and struck multiple cars in the parking lot. Two persons of interest have been taken into custody and will be questioned by detectives.