The Birmingham Police Department is seeking the assistance from the public in locating a person of interest in the homicide of Lashawn Parrish. The homicide occurred on December 28, 2020. Officers from North Precinct responded to 1024 12th Street North on a call of person down. Officers arrived and was alerted to the victim, Lashawn Williams Parrish unresponsive in a front room in an apartment. The victim was pronounced deceased on the scene. Parrish was found by a family member.

Investigators believe the motive to be domestic in nature. Detectives are attempting to locate a person of interest in this investigation. Jeremy Lafayette Dumas, 5 foot 11 inches tall, 195 pounds with brown eyes and black hair.

If anyone has information on the whereabouts of Jeremy Dumas please contact 205-572-1162 or dial 911. Please do not approach. This person may be armed and dangerous. 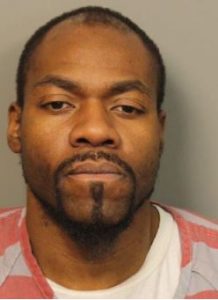 The victim has been identified as Lashawn Williams Parrish, (50), B/F, of Birmingham, Alabama.

At approximately 11:22 a.m., officers from North Precinct responded to 1024 12th Street North on a call of person down. Officers arrived and found the victim, Lashawn Williams Parrish in a front room in the apartment lying on the floor unconscious. Birmingham Fire and Rescue and the Jefferson County Coroner responded to the scene and pronounced the victim deceased.

The preliminary investigation suggest a family member of Parrish went to the location to check on her welfare after going several days without hearing from her. The motive in this homicide appears to be domestic in nature. There are no suspect(s) in custody. Updates will be provided as this case develops.

If there is anyone who has information pertaining to the case, please contact the B.P.D. Homicide Unit @ 205-254-1764 or Crime Stoppers @ 205-254-7777.
The Birmingham Police Department has investigated 105 homicides, 15 justifiable death investigations, and 1 non-criminal homicide. The Birmingham Police
Department adheres to FBI Uniform Crime Reporting guidelines set for all law enforcement agencies across the United States. FBI Uniform Crime Reporting
guidelines do not require law enforcement agencies to include justifiable death investigations into the total homicide investigations counts.

*The information is based on a preliminary and ongoing investigation, which continues to evolve as investigators interview witnesses, review physical and electronic records, and analyze forensic evidence. The Department’s understanding of the facts and circumstances may change as additional evidence is collected and analyzed*