The Birmingham Police Department reports an arrest has been made in the murder of Alonzo Colvin. The homicide occurred on Monday July 11, 2022, at Pratt Highway and Heflin Road. 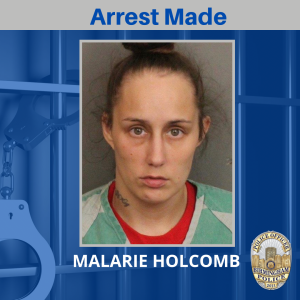 This homicide was deemed domestic in nature.

The victim has been identified as Alonzo Colvin, (35), BM, of Birmingham, Alabama.

At approximately 7:39 a.m., West Precinct Officers were dispatched to Heflin Road and Pratt Highway on a call of a person shot. Officers arrived and observed a vehicle in the roadway occupied by a male occupant in the drives seat. Upon further investigation officers discovered the victim was unresponsive and wounded by gunfire. Birmingham Fire and Rescue responded to the scene and pronounced the victim deceased.

The preliminary investigation suggests the victim was involved in a verbal argument with an unknown suspect prior to being shot. A person of interest has been taken into custody.  Updates will be provided as information comes available.

If there is anyone who has information pertaining to the case, please contact the B.P.D. Homicide Unit @ 205-254-1764 or Crime Stoppers @ 205-254-7777. Anonymous tips can also be submitted to Crime Stoppers through the Birmingham Police Department’s Mobile App on Android or IOS devices.