On Friday, January 13, 2023, East Precinct officers were dispatched to a Robbery call at the Chevron Gas Station located at #16 64th Street North.

They arrived on the scene when they learned an adult victim had been approached by an adult male (suspect). The suspect demanded money from the victim then began to physically assault the victim. The suspect retrieved a handgun and struck the victim with the handgun.

After assaulting the victim, the suspect fled the scene.

The victim was injured during the assault. Birmingham Fire and Rescue Service responded to the scene to aid the victim. 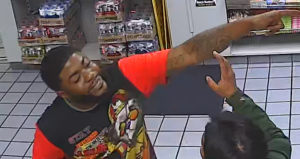