The Birmingham Police Department reports detectives have obtained a warrant for an arrest in connection to the murder of Dentarius Maurice Jackson
The suspects have been identified as:
Roderick Lynn Patterson, (23), B/M, of Birmingham, Alabama. 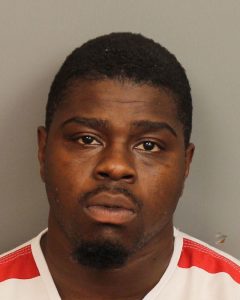 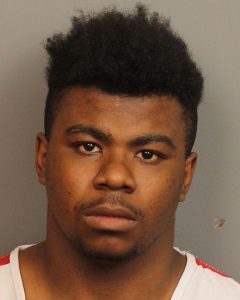 During the homicide investigation, detectives learned that a shooting took place near the 7700 block of Sunrise Drive. A victim was struck by gunfire in that shooting after occupants of a vehicle pulled alongside the victim’s vehicle and began firing shots. It is believed the victim returned fire subsequently striking Dentarius Maurice Jackson who was one of the occupants of the suspects’ vehicle. The suspects’ vehicle then travelled to 8730 1st Avenue North (Chevron) where East Precinct officers were dispatched to the location on a person shot. Officers detained the suspects while at the Chevron investigating the initial person shot call involving Dentarius Maurice Jackson.

Detectives interviewed both suspects at the Birmingham Police Department Headquarters.

Detectives then presented information on the case to the Jefferson County District Attorney’s Office. After an assessment of the information, detectives obtained the following warrants for the suspects:
Roderick Lynn Patterson- Murder ($250,000 Bond), Attempted Murder- ($100,000 Bond)

The Birmingham Police Department is conducting a homicide investigation. The incident occurred on Monday, June 28, 2021.

The victim has been identified as:
Dentarius Maurice Jackson, (20), B/M, of Birmingham, Alabama.

At approximately 10:30 p.m., East Precinct officers were dispatched to 8730 1st Avenue North (Chevron Gas Station) on report of a person shot. Officers arrived on the scene and observed the victim in the back seat of the vehicle suffering from an apparent gunshot wound.

Birmingham Fire and Rescue personnel transported the victim to UAB Hospital with life-threatening injuries. The Jefferson County Coroner’s Office notified the Birmingham 911 Communications Division that the victim succumbed to his injuries at UAB Hospital the following day.

The preliminary investigation suggests the victim was shot at a nearby location and subsequently driven to the Chevron Gas Station for medical assistance.

Anonymous tips can also be submitted to Crime Stoppers through the Birmingham Police Department’s Mobile App. Simply download the app and submit a tip. Updates will be provided as information becomes available.