The Birmingham Police Department is conducting a homicide investigation. The incident occurred on Thursday, August 11, 2022.

The victims have been identified as:

At approximately 10:40 PM, West Precinct officers were dispatched to the 2300 Block of 20th Place Ensley on report of a person shot. Officers arrived on the scene and made entry inside a private residence when they discovered Cheyanne Wilson lying unresponsive suffering from an apparent gunshot wound.

Officers then learned Reginald Reynolds was lying unresponsive across the street in a yard; he was suffering from an apparent gunshot wound.

Birmingham Fire and Rescue personnel arrived on the scene and pronounced both victims deceased.

The preliminary investigation suggests the suspect and Cheyanne Wilson had a romantic relationship. The suspect forced his way into the residence and fatally shot both victims.

He was transported to the Birmingham Police Headquarters where BPD Homicide detectives questioned him.

Curtis Humphry will be transported to the Jefferson County Jail where he will be held with No Bond. 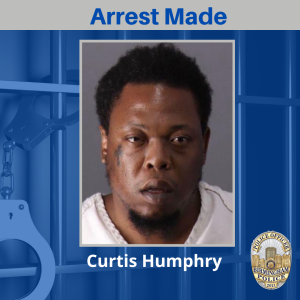