Detectives request assistance from the public in locating a Capital Murder suspect wanted in a May 2022 homicide case that claimed the life of 17-Year-Old Dwaine Thomas. Dwaine Thomas was shot and killed on May 16, 2022.

In May 2022, Homicide detectives obtained a Capital Murder for the following suspect:

If there is anyone with information that will help aid in Derrick Stone Jr.’s apprehension, please contact the Homicide Division directly at 205-254-1764 or remain anonymous by contacting Crime Stoppers at 205-254-7777. 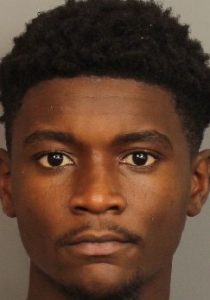 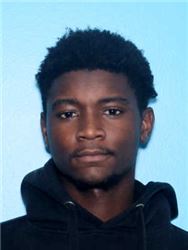 Arrest Made in the Dwaine Thomas Homicide Investigation

The Birmingham Police Department reports an arrest has been made in the murder of 17-year-old Dwaine Thomas. Thomas was murdered on Monday, May 16, 2022.

The apprehended suspect has been identified as:

Detectives identified two suspects involved in this incident. The other suspect is still at large.

The investigation is ongoing. Updates will be provided as this case develops.

The Birmingham Police Department reports detectives are conducting a homicide investigation. The incident occurred on Monday, May 16, 2022.

The victim has been identified as Dwaine Thomas, (17), b/m, of Birmingham, Alabama.

Just before 6:00 p.m. an officer from the West Precinct was responding to a call when a physical altercation was observed in the parking lot of 1228 Tuscaloosa Avenue South West. As the officer entered the parking lot, the suspect retrieved a firearm from a vehicle and shot the victim Dwaine Thomas. A pursuit ensued as the suspect fled the scene in a small blue sedan. The suspect was able to elude apprehension. Dwain Thomas was pronounced deceased on the scene by Birmingham Fire and Rescue.

The preliminary investigation indicates the victim was involved in a physical altercation with the suspect as onlookers stood by and recorded the altercation. The suspect is currently at large. Updates will be provided as this case develops.