The Birmingham Police Department reports detectives have obtained a warrant for an arrest in connection to the 20-Year-Old Homicide Investigation of Wesley Powell III.

On Wednesday, December 5, 2001, at around 2:15 PM, at 707 8th Avenue North (Wavaho Service Station) Wesley Powell III was shot while inside his vehicle. He was transported to UAB Hospital where he succumbed to his injuries on Thursday, December 6, 2001. A young black male reportedly stood inside the open passenger door of the victim’s vehicle and fired several shots. The shooter then fled on foot. Detectives developed leads in the case that allowed BPD to seek an arrest warrant.

Rickey Ricardo Witherspoon is in the custody of the Jefferson County Jail with No Bond. 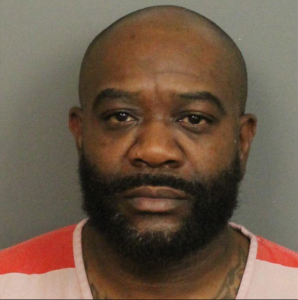