See Media Release 20 below for details

The Birmingham Police Department reports an arrest has been made in connection to the homicide of Devonte Reddick. Reddick was murdered on February 6, 2020.

On July 31, 2020, BPD Detectives presented information on the case to the Jefferson County District Attorney’s Office for review. After an assessment of the case, BPD Detectives obtained a Capital Murder and Attempted Murder warrant for Morris’ arrest. Morris was apprehended in Nashville Tennessee by the US Marshalls and extradited back to Birmingham, Alabama. Morris will be held in the custody of the Jefferson County Jail with no bond. 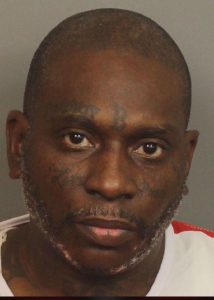 The Birmingham Police Department reports that the victim has been identified in connection with a homicide investigation.  The incident occurred on Thursday, February 6, 2020, at approximately 6:30 a.m.

Officers from the East Precinct responded to a call of a person shot at 1148 Dogwood Lane. Upon arrival officers located the victim lying in the front yard unresponsive and suffering from a gunshot wound. Birmingham Fire and Rescue reported to the scene and pronounced the victim deceased. Officers located a second victim that was transported from the scene to UAB Hospital for treatment of a life threatening gunshot wound.

Currently information is very limited in this investigation. There are no suspect(s) in custody. This is an ongoing investigation. Additional details will be provided as they become available.