The Birmingham Police Department reports detectives have obtained a warrant for an arrest in connection to the murder of Robert Jonathan Roy The suspect has been identified as:

On Wednesday, June 2, 2021, Birmingham Police Detectives presented information on the case to the Jefferson County District Attorney’s Office. After an assessment of the information, detectives obtained warrants for Capital Murder and Certain Persons Forbidden to Possess a Pistol.

BPD officers had been made aware of the suspect’s outstanding warrants. On Thursday, July 22, 2021, a West Precinct officer on routine patrol observed the suspect and took him into custody.

John David Johnson is currently in the custody of the Jefferson County Jail with No Bond. 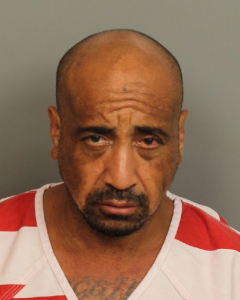 The Birmingham Police Department reports the Jefferson County Coroner’s Office has Identified the victim of a homicide that occurred on Thursday, May 27, 2021.

The victim has been identified as:
Robert Jonathan Roy, (41), W/M, of Bessemer, Alabama.

The preliminary investigation suggests the victim may have been shot during an attempted theft.

The Birmingham Police Department is conducting a homicide investigation. The incident occurred on Thursday, May 27, 2021.
The victim will be identified upon notification to the next of kin.

Shortly before 9 A.M., West Precinct officers were dispatched to 2301 Ensley Avenue (Chevron) on report of a person shot. Officers arrived on the scene and located a male victim suffering from an apparent gunshot wound. Birmingham Fire and Rescue personnel transported the victim to UAB Hospital with life-threatening injuries. The victim later succumbed to his injuries.

The preliminary investigation suggests the victim may have been shot during an attempted theft.