The Birmingham Police Department reports an arrest has been made in connection to the homicide of Cordorius Sanchez Williams. The victim was murdered on August 10, 2020.

The suspect has been identified as: Antonio Davis, (33), B/M, of Bessemer, Alabama. 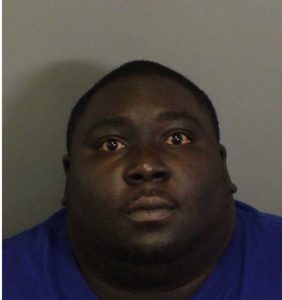 The victim has been identified Condorius Sanchez Williams, (30), B/M, of Adamsville, Alabama.

At approximately 12:50 a.m., BPD 911 Communications Division received a call of a traffic accident on Interstate I-65 northbound under the 16th Street Bridge. BPD North precinct officers along with Birmingham Fire and Rescue responded and discovered a vehicle off the highway. The occupant was in the driver’s seat unresponsive and wounded. He was pronounced deceased on the scene.

Evidence in this investigation suggest the victim was possibly targeted and shot as he traveled northbound on I-65. There are no suspects in custody.