The Birmingham Police Department is conducting a shooting investigation. The incident occurred on Wednesday, September 7, 2022.

At approximately 8:30 PM, South Precinct officers were dispatched to the 4100 block of Messer Airport Highway on report of a juvenile shot. Officers arrived on scene and spoke with an adult female who advised her 4-year old relative had been shot. The adult and child had been driving in Tom Brown Village when they heard shots being fired and realized rounds struck their vehicle.

Birmingham Fire and Rescue personnel transported the juvenile to Children’s Hospital where she is still being treated for her injuries.

Birmingham Police Detectives presented information on the case to the Jefferson County District Attorney’s Office. After an assessment of the information, detectives obtained a warrant for 2 Counts of Attempt Murder and 1 count of Discharging into an Occupied Vehicle.

Ronald Porter, Jr. is in the custody of the Jefferson County Sheriff’s Office held on bonds totaling $1,000,000. 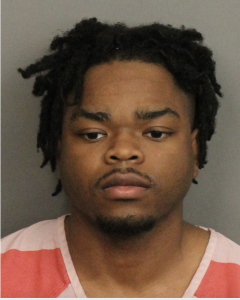