Media Release 196- Arrest Made in the Jaylon Palmore Homicide Investigation

Arrest Made in the Jaylon Palmore Homicide Investigation

The Birmingham Police Department reports detectives have obtained a warrant for an arrest in connection to the murder of Jaylon Palmore. Jaylon Palmore was tragically shot and killed on Saturday, March 5, 2022, in the 7500 Block 1st Avenue South.

On Thursday, September 22, 2022, Birmingham Police Detectives presented information on the case to the Jefferson County District Attorney’s Office. After an assessment of the information, detectives obtained a warrant for Capital Murder (From Vehicle).

Media Release 196- Arrest Made in the Jaylon Palmore Homicide Investigation 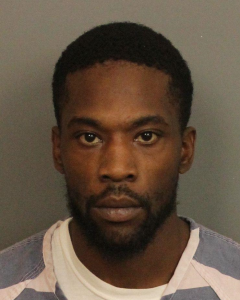 The Birmingham Police Department is conducting a homicide investigation. The incident occurred on Saturday, March 5, 2022, in the 7500 Block 1st Avenue South.

At approximately 2:50 p.m., officers from the East precinct responded to the location on a call of two people shot. Upon arrival, officers observed the victim, Justin Palmore on the ground with a gunshot wound to the abdomen. A second (adult) victim sustained a gunshot wound to the arm. Both were transported to local area hospitals. Detectives were later notified by Children’s Hospital of Alabama that 13-year-old Jaylon Palmore succumb to his injuries.

The preliminary investigation suggests shots were fired from two (unknown make/model) vehicles. Detectives have not established a clear motive in this case. No arrest has been made. Updates will be provided as this case develops.