Arrest Made in Arson Investigation

The Birmingham Police Department reports detectives have obtained a warrant for an arrest in connection to a fire on the property of Temple Beth-El located at 2179 Highland Avenue, Birmingham, AL 35205.

Fuller was charged with Arson 2nd degree and has a bond of $30,000. He is currently held at the Jefferson County Jail. 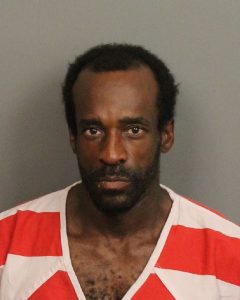 BPD bomb squad technicians and members of the BPD Tactical Operations Precinct responded to the location. FBI agents responded to the scene. BPD bomb squad technicians observed the backpack and determined the backpack as well as surrounding facts required precautions to be taken. Officers rerouted all vehicle and pedestrian traffic away from the area.

There have been reports circulating of a previous threat/incident at Temple Beth-El. We are confirming this information. BPD South Precinct officers responded to Temple Beth-El earlier in the morning at around 5:50 AM on report of a fire call.

Officers along with Birmingham Fire and Rescue personnel (BFRS) responded to the location. Officers observed a propane tank and clothing which had been set on fire in the area; however, there was no damage to the synagogue.

BPD and the FBI are investigating the facts surrounding the earlier fire and if the two incidents are connected.

At the conclusion of the interview, the person of interest was transported to the Birmingham City Jail where he was placed under a 48-Hour Felony Extension for the State of Alabama charge Arson 2nd Degree.