Arrest Made in Homicide Investigation of Jesse Cummings, Sr.

The Birmingham Police Department reports detectives have obtained a warrant for an arrest in the connection to the murder of Jesse Dewayne Cummings, Sr. who was shot and killed on Friday, November 4, 2022 while in the 800 Block of 45th Place North.

Andrew Bonner was apprehended in Bessemer by members of Birmingham Police Department’s Crime Reduction Team. Bonner is in the custody of the Jefferson County Sheriff’s Office where he will be held without bond. 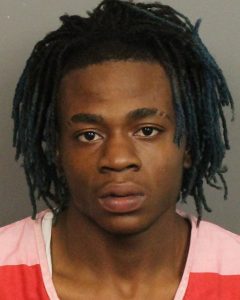 The Birmingham Police Department is conducting a homicide investigation. The incident occurred on Friday, November 4, 2022.

At approximately 5:50 AM, South Precinct officers were dispatched to the 800 Block of 45th Place North on report of a Shot Spotter alert. Our dispatchers updated officers a male was shot at the location.

Officers arrived on the scene when they observed the victim lying unresponsive inside of a vehicle. Officers also learned the victim’s infant son was inside of the vehicle during the shooting but was not seriously injured.

The preliminary investigation suggests that a domestic argument took place prior to shots being fired into the victim’s vehicle.

Currently, there is no one in custody.