The missing person has been identified as:
Gilbert Wooten Jr., B/M, 63, of Birmingham, Alabama. Gilbert is 6 feet tall and 150 pounds.

Gilbert Wooten was last seen at approximately 4:15 p.m. on Thursday, August 22, 2019 near his residence in the 1200 block of Impala Drive. He was wearing a light gray shirt, black cap with silver emblem and blue jeans. He also has on black sneakers with white stripes and should have a Maryland license in his possession. Mr. Wooten has been diagnosed with dementia.

If there is anyone who has information pertaining to the whereabouts of Gilbert Wooten Jr., please contact Birmingham Police at 205-297-8413 or 911. If you have additional information on this investigation, contact Crime Stoppers @ 205-254-7777.

A photo of missing person Gilbert Wooten Jr. is attached. 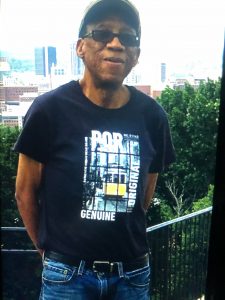