The Birmingham Police Department is conducting a shooting investigation. The incident occurred on Monday, November 7, 2022.

At approximately 8:46 PM, Birmingham 9-1-1 received a Shot Spotter notification that a shot had been fired in the vicinity of 125 Oporto Madrid Boulevard which a Chevron is located at that address. Minutes later a community member called 9-1-1 to advise an adult male had been shot at the location.

Upon arrival, officers discovered the victim suffering from a gunshot wound. Birmingham Fire and Rescue Service arrived at the scene and transported the victim to UAB Hospital for treatment.

Community members provided information that led investigators to believe that Othman, a Chevron Employee, was the shooter. Othman was taken into custody for an investigative hold.

Birmingham Police Detectives presented information to the Jefferson County District Attorney’s Office. After an assessment of the information, detectives obtained warrants for Assault 2nd Degree and Discharging into an Occupied Dwelling with bond amounts totaling $45,000.

Mazin Othman has since been released on bond from Jefferson County Jail.

If there is anyone who has additional information pertaining to the case, please contact the B.P.D. Felony Assault Unit @ 205-254-1764 or Crime Stoppers @ 205-254-7777. Anonymous tips can also be submitted to Crime Stoppers through the Birmingham Police Department’s Mobile App on Android or IOS devices. Updates will be provided as information comes available.

**The information is based on a preliminary and ongoing investigation, which continues to evolve as investigators, interview witnesses, review physical and electronic records, and analyze forensic evidence. The Department’s understanding of the facts and circumstances may change as additional evidence is collected and analyzed** 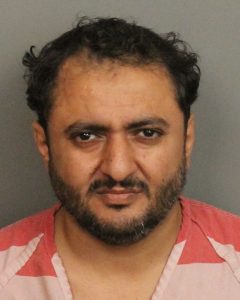