Arrest Made in Homicide Investigation of Moriah Quib-Marquez

The Birmingham Police Department reports detectives have obtained warrants for an arrest in the connection to the murder of Moriah Quib-Marquez who was shot and killed on Wednesday, November 16, 2022, while in the 500 block of 80th Street North.

Birmingham Police Detectives presented information on the case to the Jefferson County District Attorney’s Office. After an assessment of the information, detectives obtained warrants for Capital Murder (no bond), Assault 1st Degree ($1,000,000 bond), and Discharging a Firearm into an Occupied Vehicle ($100,000 bond).

Austin is in the custody of the Jefferson County Sheriff’s Office where he will be held without bond for the Capital Murder charge.

If there is anyone who has additional information pertaining to the case, please contact the B.P.D. Homicide Unit @ 205-254-1764 or Crime Stoppers @ 205-254-7777. Anonymous tips can also be submitted to Crime Stoppers through the Birmingham Police Department’s Mobile App on Android or IOS devices. Updates will be provided as information comes available. 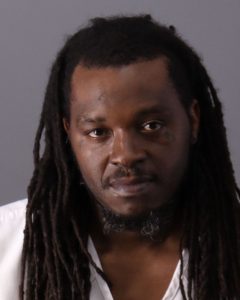 The Birmingham Police Department is conducting a homicide investigation. The incident occurred on Wednesday, November 16, 2022.

At approximately 8:10 AM, East Precinct officers were dispatched to the 500 Block of 80th Street North on report of multiple Shot Spotter alerts.

Officers arrived on the scene and observed an SUV that had collided with a utility pole. Officers observed two occupants inside the vehicle suffering from an apparent gunshot wound.

Also, there was an adult female passenger and three small children inside the vehicle at the time of the shooting; they were not injured.

The preliminary investigation suggests the victims were traveling in a vehicle on 80th Street North when the vehicle and victims were struck by gunfire.

BPD Detectives canvassed the North Eastlake community and developed information on a possible suspect. East Precinct Task Force officers located the suspect, and he was arrested in the 7800 Block of 6th Avenue North. The suspect is an adult male.

The suspect is currently in the Birmingham City Jail on a 48-Hour Felony extension for Capital Murder. The suspect will remain unidentified until a formal warrant is issued.