The suspect has been identified as:
Donnie Brock Jr., (28), B/M, of Birmingham, Alabama

Detectives presented the case to the Jefferson County District Attorney’s Office for review. After the assessment of information, BPD Detectives obtained warrants for (3)Attempted Murder charges and (3) Discharging a Firearm into an Occupied Vehicle charges. Brock was arrested and is currently in the custody of the Jefferson County Jail with no bond. 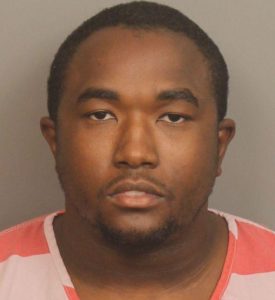