The Birmingham Police Department reports that a suspect has been arrested in connection with a homicide investigation. The incident occurred on Friday, August 30, 2019 at approximately 11:20 p.m.

The victim has been identified as:
Erick Hutchins, B/M, 44, of Birmingham, Alabama.

Officers from the West Precinct responded to 5417 Watson Avenue to investigate a report of a person shot. Upon arrival, officers observed a person lying on the front porch of an abandoned residence unresponsive. The victim appeared to have suffered an apparent gunshot wound. Birmingham Fire and Rescue arrived along with the Jefferson County Coroner and pronounced the victim deceased on the scene.

Residents in the neighborhood called 911 to report hearing a gunshot in the area prior to the victim being located by a citizen.

The suspect has been identified as:
Dennis Coleman, B/M, 48, of Birmingham, Alabama. A Capital Murder warrant has been obtained against the suspect. The suspect is in the custody of the Jefferson County Jail.

The suspect shot the victim during a robbery. 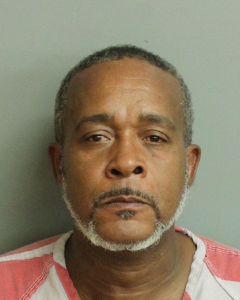