The Birmingham Police Department reports detectives are searching for the suspect in connection to the murder of Roderick Tavares Chester, Jr. The victim was murdered on Tuesday, October 19, 2021 in the 6700 block of Kimberly Avenue. With the help of the Real Time Crime Center, detectives were able to gather strong leads to identify the suspect within minutes of the initial incident. 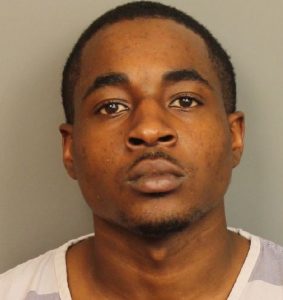 Jailyn Andarius Bragg pictured in the RTCC Video and mugshot is still at large and considered armed and dangerous. If you see this individual, do not approach, please contact 911 or Crime Stoppers at 205-254-7777. Viewer discretion is advised.

The Birmingham Police Department is conducting a homicide investigation. The incident occurred on Tuesday, October 19, 2021.

At approximately 11:13 a.m., East Precinct officers were dispatched to the 6700 block of Kimberly Avenue on report of a person shot. Officers arrived on the scene and observed the victim seated in the passenger seat of a vehicle suffering from an apparent gunshot wound. Birmingham Fire and Rescue personnel arrived on the scene and transported the victim to UAB Hospital where he was pronounced deceased.

The preliminary investigation suggests the shooting may have stemmed from an argument that turned violent.

Within minutes of the shooting officers from the Birmingham Police Department’s Real Time Crime Center identified a person of interest in this homicide. The investigation is ongoing pending the filing of formal charges. The suspect has not been taken into custody.