The Birmingham Police Department reports an arrest has been made in connection to a recent homicide. The incident occurred on Wednesday October 27, 2021 at a 1639 51ST Street Ensley.

The victim has been identified as Charles Stewart Sr. (60), b/m, of Birmingham, Alabama.

Just after 7:00 p.m., officers from the West Precinct responded to the location on a call of a person shot. Officers arrived at the private residence and was alerted the victim was inside on the floor unresponsive. The victim sustained a gunshot wound. Birmingham Fire and Rescue responded to the scene and pronounced the victim deceased.

The suspect involved in the incident remained on the scene and was taken into custody.

The suspect has been identified as Charles Stewart Jr., (27), b/m of Birmingham, Alabama. 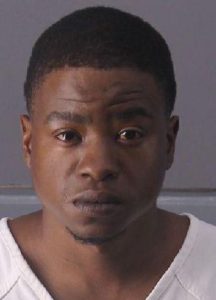 The suspect is the son of the victim murdered in this incident. The preliminary investigation indicates a physical altercation escalated resulting in the son shooting his father. The incident transpired inside of the residence.

**The information is based on a preliminary and ongoing investigation, which continues to evolve as investigators interview witnesses, review physical and electronic records, and analyze forensic evidence. The Department’s understanding of the facts and circumstances may change as additional evidence is collected and analyzed. **