Arrest Made in 2021 Homicide Investigation

The Birmingham Police Department reports an arrest has been made in connection to the homicide of Franklin Winston. The incident occurred on December 14, 2021 at 7564 66th Street South.

The suspect has been identified as:
Asia Askew, (30), b/f, of Birmingham, AL. 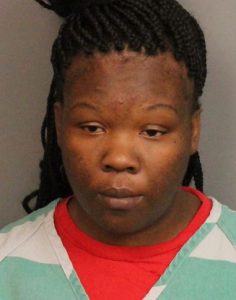 The victim has been identified as Franklin Winston, (37), b/m, of Birmingham, Alabama Just before 8:00 p.m., officers responded to 7564 66th Street South on a call of a person shot. Officers arrived and discovered the victim, Frank Winston laying on the kitchen floor with multiple gunshot wounds. Birmingham Fire and Rescue responded to the scene and the victim was pronounced deceased.

The preliminary investigation indicates the deceased was involved in an altercation with the suspect prior being shot. This homicide appears to be domestic in nature. A female suspect was taken into custody. This incident was isolated in a private residence. There were no other injuries reported.

**The information is based on a preliminary and ongoing investigation, which continues to evolve as investigators interview witnesses,
review physical and electronic records, and analyze forensic evidence. The Department’s understanding of the facts and
circumstances may change as additional evidence is collected and analyzed**