The Birmingham Police Department reports that detectives have made an arrest in connection with a homicide investigation. The incident occurred on Monday January 6, 2019 at approximately 11:15 a.m.

Officers from the South Precinct received a Shot Spotter call to the area of 9th Avenue North and 44th Place. While responding, officers received a call of a person shot in the 4400 block of 9th Avenue North. Upon arrival officers located one person unresponsive suffering from a gunshot wound inside a car. Birmingham Fire and Rescue reported to the scene to render treatment, but the victim was pronounced deceased prior to being transported to the hospital.

Corderious Scroggins, B/M, 25, of Birmingham, Alabama. A Capital Murder warrant has been obtained against the suspect. On Wednesday, February 5, 2020, the BPD Crime Reduction Team located and apprehended the suspect in the Kingston Housing Community. The suspect is in the custody of the Jefferson County Jail. 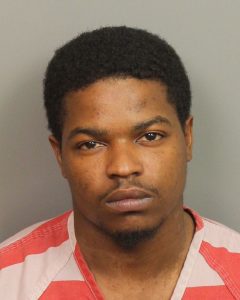