The Birmingham Police Department reports an active kidnapping investigation is underway after a child was abducted by a family member; the child has since been rescued.

On Thursday, November 5, 2021, at around 6:30 p.m., West Precinct officers were dispatched to a residence in the 3200 block of 17th Street Ensley on report of a kidnapping. The call details, which came through a language interpreter line (Spanish), stated a group of males abducted a 3-year-old female child and fled from the residence.

With the help of a Spanish-speaking patrol officer on the scene, the preliminary investigation revealed that the paternal uncle of the child was at the residence visiting the child. During the visit, the uncle forcibly abducted the child along with another male. The males fled the residence and drove away from the scene in a dark blue sedan. Family members informed officers they believed the males were en route to Mexico to reunite the child with her father. Also, officers learned there were domestic violence allegations between the father and mother of the child.

At around 9:05 p.m., BPD learned the suspects and child were near the Mississippi State Line. We relayed this information to Mississippi law enforcement personnel as well as our federal partners. Law enforcement officers observed a vehicle matching the suspect’s vehicle traveling on Interstate 20 in Pearl, Mississippi. Officers executed a traffic stop on the vehicle and took two men into custody. Officers safely rescued the child. BPD detectives confirmed the child that was rescued by law enforcement personnel was in fact the abducted child.

Both suspects are currently in the custody of the Rankin County Sheriff’s Office.

Both suspects are currently in the custody of the Rankin County Sheriff’s Office awaiting extradition to Alabama.

The child has since been reunited with her mother. 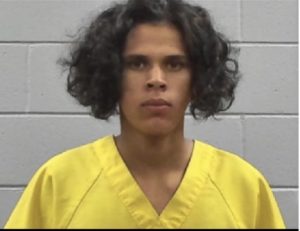