Media Release 268-Arrest Made in Assault of 9-Year-Old

Arrest Made in Assault of 9-year-old

The Birmingham Police Department reports an arrest has been made in a recent assault investigation involving a 9-year-old wounded by gunfire. The suspect was taken into custody shortly after the incident and held pending further investigation. On November 12, 2021 formal charges were filed with the Jefferson County District Attorney’s Office. 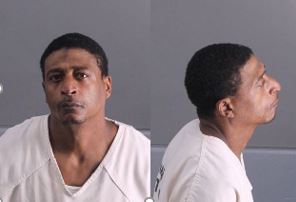 On Detectives presented the information gathered to the Jefferson County District Attorney’s Office for review. After an assessment of the case, detectives obtained warrants for Aggravated Assault 1st Degree ($200,000 bond) and Discharging a Firearm into an Occupied Vehicle ($50,000). Douglas will be transported and held in the custody of the Jefferson County Jail. The suspect also has additional outstanding warrants with the City of Birmingham.

Media Release 268-Arrest Made in Assault of 9-year-old