The Birmingham Police Department reports detectives have obtained warrants for arrests in connection to the murder of Orlando Ruffin. Ruffin was shot and killed on Thursday, December 22, 2022, in the 2200 block of Beulah Avenue, after a dispute with relatives.

Ruffin was taken into custody on the scene and placed on an investigative hold at the Birmingham City Jail. Birmingham Police Detectives gathered information and presented to the Jefferson County District Attorney’s Office. After an assessment of the information, detectives obtained a warrant for Murder with a bond of $100,000. Ruffin was transported to the Jefferson County Jail where a bond was posted. 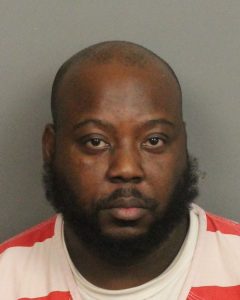 The Birmingham Police Department is conducting a homicide investigation. The incident occurred on Thursday, December 22, 2022.

At 9:04 pm Birmingham 9-1-1 received a call that an adult male was involved in a verbal altercation with family members at a residence in the 2200 block of Beulah Avenue. At 9:11 another call came in that an adult male had been shot at the location.

Upon arrival West Precinct officers observed an adult male at the location suffering from multiple gunshot wounds. Birmingham Fire and Rescue arrived at the scene and transported the victim to UAB Hospital where he succumbed to his injuries.

The suspect was taken into custody on the scene, and he was placed on a 48 hour investigative hold at the Birmingham City Jail. Homicide detectives will present information to the Jefferson County District Attorney’s Office for an assessment.