Arrest Made in the Charles Smith, Jr. Homicide Investigation

The Birmingham Police Department reports detectives have obtained warrants for arrests in connection to the murder of Charles Edward Smith, Jr. Smith was shot and killed on Monday, December 26, 2022, in the 2700 block of Jefferson Avenue SW.

Around 10:00 am on Monday, December 26, 2022, Lockhart was taken into custody and placed on an investigative hold at the Birmingham City Jail.  Birmingham Police Detectives gathered information and presented to the Jefferson County District Attorney’s Office. After an assessment of the information, detectives obtained a warrant for Murder with a bond of $1,500,000 and two warrants for Attempt Murder with bonds of $60,000 each. Lockhart is currently in the custody of the Jefferson County Jail. 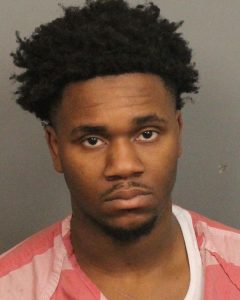 The Birmingham Police Department is conducting a homicide investigation. The incident occurred on Monday, December 26, 2022.

At 1:44 am West Precinct officers responded to a call for a person shot in the 2700 block of Jefferson Avenue SW. Upon arrival officers observed an adult male suffering from multiple gunshot wounds.

Birmingham Fire and Rescue Service arrived at the scene and pronounced the victim deceased.

Two other individuals, an adult female and a teenaged victim, had been transported from the scene by private vehicle to an area hospital suffering from non-life-threatening injuries. The injured individuals were also at the same location when the adult male was killed.

Currently there are no suspects in custody.