The Birmingham Police Department reports detectives have obtained warrants for arrests in connection to the murder of De’Anthony Samuels. Samuels was shot and killed on Monday, December 19, 2022, in the 2300 block of Park Place, after a dispute following gambling at the location.

Birmingham Police Detectives gathered information and presented to the Jefferson County District Attorney’s Office. After an assessment of the information, detectives obtained a warrant for Murder with a bond of $60,000. On December 29, 2022, Little turned himself in to a homicide detective. Little was arrested and transported to the Jefferson County Jail where a bond was posted. 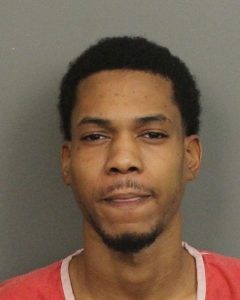 The Birmingham Police Department is conducting a shooting investigation. The incident occurred on Monday, December 19, 2022.

At approximately 9:37 PM, North Precinct officers were dispatched to Park Place and 23rd Street North. Birmingham 9-1-1 received a call from an adult male who advised he had been shot. While officers were looking for the 911 caller, they encountered two other individuals who had also been shot. It was determined that all three individuals were shot in the same incident.

Birmingham Fire and Rescue Service responded to the scene and transported all three victims to UAB Hospital. Two of the victims were treated and released from the hospital. Samuels succumbed to his injuries at UAB Hospital. Detectives have interviews multiple parties and will present information to the Jefferson County District Attorney’s Office for an assessment.

If there is anyone who has information pertaining to the case, please contact the Homicide Unit @ 205-254-1764 or Crime Stoppers @ 205-254-7777. For Immediate Release Anonymous tips can also be submitted to Crime Stoppers through the Birmingham Police Department’s Mobile App on Android or IOS devices. Updates will be provided as information comes available. This is Birmingham’s 129th murder investigation of 2022 including 10 justifiable death investigations.