The Birmingham Police Department reports an arrest has been made in the homicide of 20-year-old Destiny Washington. Washington was shot at the Hill University Center located on the campus of UAB. Destiny Washington was then driven to Children’s Hospital of Alabama by way of private vehicle where she was later pronounced deceased.

The suspect has been identified as:
Carlos Londarrius Stephens, (22), of Alabaster, Alabama.

Carlos Stephens was taken into custody after turning himself in on Saturday, December 19, 2020. Detectives presented the case to the Jefferson County District Attorney’s Office. A Capital Murder warrant was obtained for the death of Destiny Washington. Stephens will be held in the custody of the Jefferson County Jail with no bond. 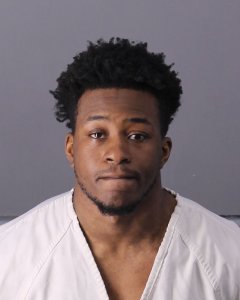 The Birmingham Police Department reports the Jefferson County Coroner’s Office has identified the victim of a homicide that occurred on Thursday, December 17, 2020.

The victim has been identified as Destiny Washington, (20), B/F, of Trussville Alabama.

The preliminary investigation suggests the victim was shot while sitting inside of a vehicle. Detectives are actively working to discover a motive and identify a suspect(s) in this shooting. There are no suspects currently in custody. Updates will be provided as this case develops.
If there is anyone who has additional information pertaining to the case, please contact the B.P.D. Homicide Unit @ 205-254-1764 or Crime Stoppers @ 205-254-
7777.