The Birmingham Police Department reports detectives are conducting a robbery investigation. Detectives request assistance from the public in identifying the persons of interest in the attached photos.
On Saturday, December 26, 2020, the CVS Pharmacy located at 1431 11th Avenue South was robbed. During the robbery, the suspects demanded money and prescription narcotics from the CVS staff.
The suspects involved were described as the following: 1. B/M wearing a gray hoodie and black pants. 2. B/M wearing a black hoodie, a camouflage vest, black pants. The suspects are believed to have fled the location in a blue Nissan Altima.

Please see the attached photos featuring the persons of interest and vehicle in this investigation. 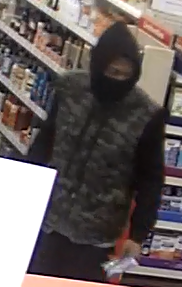 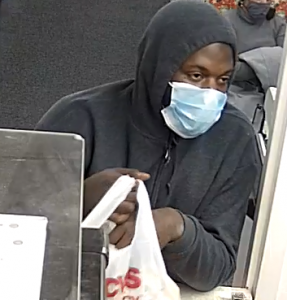