The Birmingham Police Department reports that detectives have charged a suspect in connection with a homicide investigation. The incident occurred on Saturday, December 7, 2019 at approximately 2:30 p.m.

The victim has been identified as:
Tanarius Moore, B/M, 5, of Birmingham, Alabama.

The suspect has been identified as:
Rickkia Allen, B/F, 29, of Birmingham, Alabama. A Capital Murder warrant has been obtained against the suspect. The suspect is in the custody of the Birmingham City Jail awaiting transfer to the Jefferson County Jail.

Officers from the North Precinct responded to a call of a person shot at 33rd Terrace North and F.L. Shuttleswoth Drive. Upon arrival, officers discovered the victim unresponsive and suffering from a gunshot wound. The victim was transported to Children’s Hospital for treatment. Investigators later received information that the victim had succumbed to the injury and was pronounced deceased by hospital staff.

Investigators learned that two family members were engaged in an altercation that led to gunfire. The victim received a gunshot wound as a result of the gunfire. 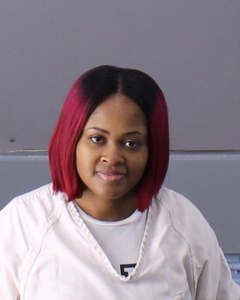