Sean was last seen on Thursday, February 6, 2020 between 2:00 p.m. and 3:00 p.m.  Sean was reported missing by family members after he did not return home. He was reported to have been in a car with a friend and dropped off at an unknown location. Sean was wearing black jeans, a gray hoodie with a tiger on the front and yellow and white Jordan shoes. Sean is known to be active on social media, but has been inactive since his disappearance.

If there is anyone who has information pertaining to the whereabouts of Sean Caribe Avant Jr., please contact the Birmingham Police Department at 205-297-8434 or 911. If you have additional information on this investigation, contact Crime Stoppers @ 205-254-7777. 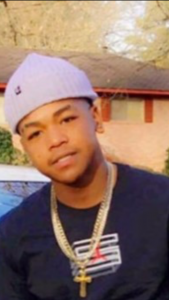