The Birmingham Police Department reports an arrest has been made in the murder of Edward Dee Stewart. Stewart was murdered on Thursday, February 4, 2020 at the Anchor Motel located at 8420 1st Avenue North. 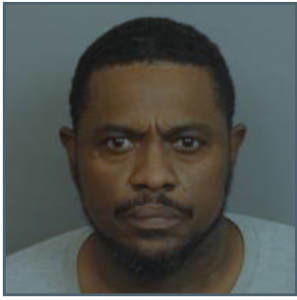 The Birmingham Police Department reports the Jefferson County Coroner’s Office has identified the victim in a recent homicide. The incident occurred on Thursday, February 4, 2020 at the Anchor Motel located at 8420 1st Avenue North.

The victim has been identified as Edward Dee Stewart III, (33), W/M, of Birmingham, Alabama.

The Birmingham Police Department reports detectives are conducting a homicide investigation. The incident occurred on Thursday, February 4, 2020 at the Anchor Motel located at 8420 1st Avenue North.

At 6:05 p.m., the Birmingham Police Department’s 911 Communications Division was notified of a person down in a room at the Anchor Motel. Officer responded along with Birmingham Fire and Rescue to find an adult male lying on the floor. It was determined the victim sustained a gunshot wound that proved to be fatal. The victim was pronounced deceased on the scene.

Details are limited in this investigation and a motive has not been established. There are no suspects in custody. Updates will be provided as this case develops.