The Birmingham Police Department reports that detectives have made an arrest in connection with a homicide investigation.  The shooting incident occurred on Thursday, January 30, 2020, at approximately 2:41 a.m.

Officers from the West Precinct responded to a call of a person shot at 2726 Pearson Avenue Southwest. Upon arrival officers located the victim lying on his side and suffering from a gunshot wound. Birmingham Fire and Rescue reported to the scene and transported the victim to UAB hospital for treatment. Investigators learned that the victim had just walked outside before he was shot.

On Wednesday, February 12, 2020, investigators received information that the victim had succumbed to his injuries and was pronounced deceased at UAB hospital.  Upon receiving the information the shooting investigation was reclassified as a homicide.

Lathedrick Miles, B/M, 44 of Birmingham, Alabama. A Murder warrant has been obtained against the suspect. The suspect will be transferred to the custody of the Jefferson County Jail. 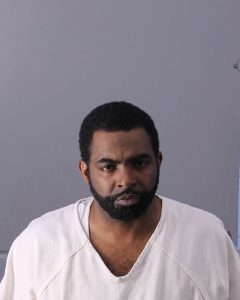