The Birmingham Police Department reports that detectives have made an arrest in connection with a 2019 homicide investigation. The deceased was discovered on Thursday, October 17, 2019 at approximately 2:30 p.m.

Officers from the East Precinct responded to a call of a person down at 93rd Street North and 7th Court North. Upon arrival, responding officers observed an adult male subject lying in the roadway unresponsive. Birmingham Fire and Rescue arrived along with the Jefferson County Coroner and pronounced the subject deceased on the scene.  Evidence at the scene prompted the investigators to classify the case as a homicide.

Investigators developed information that the suspect killed the victim in retaliation for a previous incident.

Ray Franklin, B/M, 40 of Birmingham, Alabama. A Murder warrant has been obtained against the suspect. Evidence located during the suspect’s arrest prompted investigators to obtain warrants for Unlawful Possession of Controlled Substances, Unlawful Possession of Marijuana and Trafficking Marijuana. All bonds total $975,000.00. The suspect will be transferred to the custody of the Jefferson County Jail. 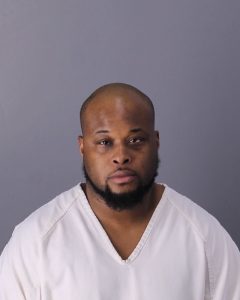