The Birmingham Police Department reports that detectives have conducted a homicide investigation and an arrest has been made. The incident occurred on March 11, 2020.

The victim‘s been identified as Jayden McGee (1 year old) B/M, of Birmingham, AL.

At approximately 8:40 a.m. officers from the East Precinct responded to 1100 Huffman Road on a call of a child injured. Officers arrived and were advised the victim (1 year old child) was transported to Children’s Hospital for numerous injuries to the body. On March 10, 2020 the Jefferson County Coroner’s Officer notified Birmingham Police Communications Division that the victim succumbed to his injuries.

The preliminary investigation suggest the victim was in the care of the mother’s boyfriend at the time the injuries occurred. The suspect alerted the mother that the victim was unresponsive, but refused to call 911.

Christopher Eugene Knight, B/M, 35, of Fairfield, Alabama. BPD Homicide Investigators presented the information gathered on the case to the Jefferson County District Attorney’s office for review. Following the assessment, a Capital Murder warrant was obtained against the suspect. The suspect is in the custody of the Jefferson County Jail. 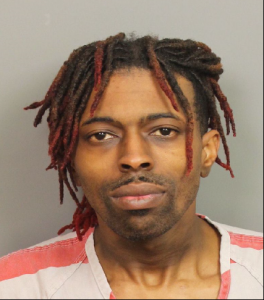