At approximately 12:45 p.m. two Birmingham Police Sergeants conducted a traffic stop at Tuscaloosa Ave and 12th Street Southwest.  The sergeants conducted the traffic stop based on leads from an auto theft investigation. There were three occupants of the vehicle. During the traffic stop two of the suspects exited the vehicle and attempted to flee on foot. A short foot pursuit ensued.  During the foot pursuit one of the suspect retrieved a handgun and opened fire striking the sergeant multiple times. A backup sergeant responded to the incident to render assistance. During the exchange, gunfire was returned striking the suspect. The sergeant was transported to UAB Hospital with non-life threatening injuries. The suspect was transported to UAB hospital as well. The extent of the suspect’s injuries are unknown.  Additional resources were called to the area to search for the additional subject at large. At approximately 3:22 p.m. the other subject was apprehended in 1100 block of Cotton Ave SW. The Birmingham Police department has the shooting suspect in custody. Two persons of interest were detained for further questioning.

The injured BPD Sergeant has been identified as:

Shooting Investigation. Additional information will be provided as it comes available.

Kenneth Whitehead, B/M, (40) of Birmingham, Alabama. Two Attempted Murder warrants have been obtained against the suspect. The bond is $1 million dollars on each warrant. The suspect remains hospitalized being treated for injuries.

Although there is additional medical treatment ahead, Sergeant Anthony Wheeler, has made improvement in his recovery. 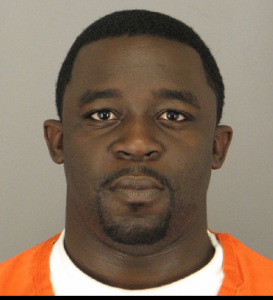