The Birmingham Police Department reports detectives have obtained a warrant for an arrest in connection to the murders of Cynthia Burt and Desmond Burt Jr. which occurred on Sunday, April 3, 2022, at 4909 Hillman Drive Southwest.

Birmingham Police Detectives presented information on the case to the Jefferson County District Attorney’s Office. After an assessment of the information, detectives obtained warrants for Capital Murder X’s 2.

Desmond Burt Sr. was taken into custody at the initial scene. He will be in the custody of the Jefferson County Sheriff’s Office with No Bond. 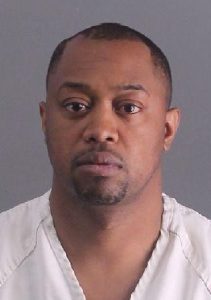 The victims have been identified as:

At approximately 5:12 p.m., officers from the West Precinct were dispatched to a welfare check at the location. Upon arrival officers received information from a family members who was unable to contact their loved one at the residence.  Birmingham Police along with Birmingham Fire and Rescue executed a forced entry into the residence. Officers discovered a Cynthia Burt and her grandson Desmond Burt unresponsive in a back room. Both were pronounced deceased by Birmingham Fire and Rescue.

The preliminary investigation indicates injuries sustained by both victims lead detectives to classify this investigation as a homicide.  A person of interest has been taken into custody and being questioned by detectives. Updates will be provided as this case develops.