Media Release 73- Arrest Made in 2021 Homicide of Joshua Rogers

The Birmingham Police Department reports an arrest has been made in connection to the homicide of Joshua Rogers. Rogers was murdered on Saturday, September 25, 2021. 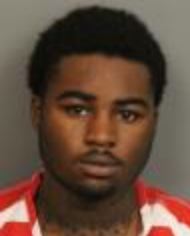 The Birmingham Police Department’s detectives are conducting a homicide investigation. The incident occurred on Saturday September 25,2021.