The Birmingham Police Department reports detectives have obtained a warrant for an arrest in connection to the murder of Veronica Joseph. She was murdered on Friday, April 8, 2022.

On Friday, April 9, 2022, Birmingham Police Department’s Crime Reduction Team took Jamari Cook into custody free of any incident. He was booked into the Birmingham City Jail.

On Monday, April 11, 2022, Birmingham Police Detectives presented information on the case to the Jefferson County District Attorney’s Office. After an assessment of the information, detectives obtained warrants for: Murder (No Bond)  and Attempted Murder X’s 2 ($60,000 on each charge).

Jamari Cook will be held in the custody of the Jefferson County Jail with no bond.

Note: The motive in this case is domestic related. Jamari Cook is the son of Veronica Joseph. 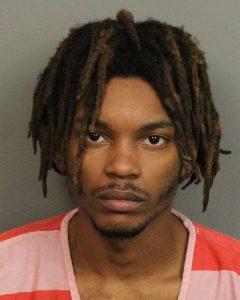 The Birmingham Police Department is conducting a homicide investigation. The incident occurred on Friday, April 8, 2022.

Shortly before 9PM, West Precinct officers were dispatched to the 1400 block of 33rd Street Ensley on report of a person armed with a gun. Officers were then updated that a person had been shot at the location.

Birmingham Fire and Rescue (BFR) personnel arrived on the scene and pronounced the female victim deceased. BFR transported the male to UAB Hospital with life-threatening injuries.

While on the scene, officers learned a third adult male was shot at the original location; he was located in the 4700 block of Avenue Q. BFR transported the third victim to UAB Hospital with a non-life-threatening gunshot wound injury.

Currently, the suspect is not in custody.