Media Release 75- Arrest Made in the Daniel Cook Homicide Investigation

The Birmingham Police Department reports detectives have obtained a warrant for an arrest in connection to the murder of Daniel Cook. Mr. Cook was found deceased on Sunday, April 10, 2022.

Birmingham Police Detectives presented information on the case to the Jefferson County District Attorney’s Office. After an assessment of the information, detectives obtained a warrant for Murder ($1,500,000 Bond).

Joseph Edwards is in the custody of the Jefferson County Sheriff’s Office. 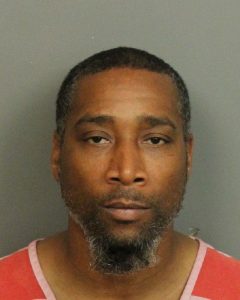 The Birmingham Police Department is conducting a homicide investigation. The incident occurred on Sunday, April 10, 2022.

At approximately 10:50 a.m., West Precinct officers were dispatched to 900 10th Street Southwest on report of a person shot. Officers arrived on the scene and observed the victim lying unresponsive inside of the residence suffering from an apparent gunshot wound.

The preliminary investigation suggests the victim’s family members came to the location after they hadn’t heard from him; they forced entry into the residence when they observed him suffering from a gunshot wound.

**The information is based on a preliminary and ongoing investigation, which continues to evolve as investigators interview witnesses, review physical and electronic records, and analyze forensic evidence. The Department’s understanding of the facts and circumstances may change as additional evidence is collected and analyzed*