Arrest Made in Traffic Fatality

The Birmingham Police Department reports an arrest has been made in traffic fatality that occurred on Sunday, March 21, 2021.

The suspect has been identified as
Carmesia Flannigan, (22), female, of Birmingham, Alabama.

Investigators obtained multiple warrants with the Jefferson County District Attorney’s Office. Warrants were obtained for Murder ($150,000 bond), Unlawful Possession of a Controlled Substance ($15,000 bond) and Leaving the Scene of an Accident with Injury ($10,000 bond). Flannigan will be transported and held in the custody of the Jefferson County Jail. 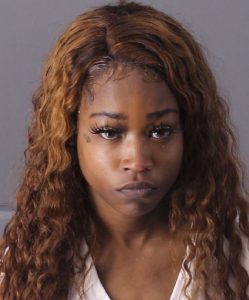 Birmingham Police Department accident reconstructionist are investigating a traffic collision that resulted in a fatality. The incident occurred on Sunday, March 21, 2021. According to the Jefferson County Coroner’s Office, the victim has been identified as:

On Sunday, March 21, 2021, at approximately 6:05 a.m., officers responded to the 800 block of Arkadelphia Road on report of a traffic accident involving four vehicles. Officers arrived on the scene and observed the occupant of one of the vehicles unresponsive. Birmingham Fire and Rescue personnel pronounced the victim deceased on the scene.

After further investigation an arrest was made. The suspect’s identity will remain confidential pending formal charges.

If there is anyone who has additional information pertaining to the case, please contact Crime Stoppers @ 205-254-7777.