The victim has been identified as Tim darius Gamble, (21), B/M, of Birmingham, Alabama.

At approximately 8:02 p.m., Officers from the West precinct responded to a domestic call at 716 Ave H. Upon arrival officers discovered the victim in the back yard of the residence lying on the ground unresponsive beside a vehicle. Birmingham Fire and Rescue along with Jefferson County Coroner reported to the scene and pronounced the victim deceased.

The preliminary investigation suggest the victim was involved in an ongoing domestic dispute with his mother which escalated. Detectives have a person of interest in custody. However information is still needed.

The Birmingham Police Department reports an arrest has been made in connection to the homicide of Tim darius Gamble.

The suspects have been identified as:
Micia Gamble, (45), B/F, of Birmingham, Alabama 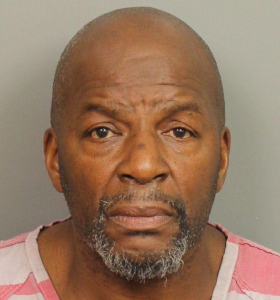 Detectives presented the initial information gathered on the case to the Jefferson County District Attorney’s Office for review. Following the assessment, a Murder warrant was obtained for both suspects. Each suspect has a $75,000 bond. Both Micia Gamble and Gregory Peck are in the custody of the Jefferson County Jail.