The Birmingham Police Department reports an arrest has been made in connection to a homicide that occurred on Friday, April 17, 2020.

The victim has been identified as
Emilio Elliot, (30), B/M, of Birmingham, Alabama.

At approximately 11:45 a.m., Officers from the Community Safety Partnership unit were patrolling the South Town Housing Community when gunfire was heard in the area of 24th Street and 9TH Avenue South. Upon further investigation Officers discovered a male in the 2400 Block of 24th Street unresponsive suffering from a gunshot wound. The male was lying next to a car with the door open and still running. Birmingham Fire and Rescue responded to the scene and transported the victim to UAB Hospital. Detectives were later notified that the victim succumb to his injuries.

The suspect has been identified as
Montrel Austin, (26), B/M, of Birmingham, Alabama

Detectives presented the initial information gathered on the case to the Jefferson County District Attorney’s Office for review. Following the assessment, a Capital Murder warrant was obtained with no bond. Montrel Austin is currently being held in the custody of the Jefferson County Jail. 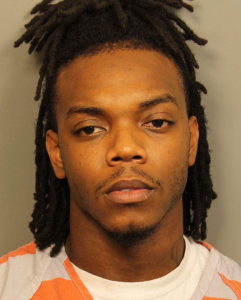