The victim has been identified as Cordai Deonte Molette, (23), B/M, of Birmingham, Alabama.

At approximately 4:36 p.m., Officers from the South Precinct responded to a shot-spotter call of multiple rounds fired in the area of the 200 block of 48th St. North. Upon arrival officers discovered a male unresponsive inside of a vehicle suffering from a gunshot wound. Birmingham Fire and Rescue responded to the scene and pronounced the victim deceased.

The preliminary investigation suggest the victim was traveling westbound on Airport Highway and turned onto 48th Street North when gunfire erupted. The victim’s vehicle came to a rest after striking the exterior wall of a nearby business. An unknown person in a white Chevy Impala with dark tinted windows and a sunroof fled the scene. There are no suspect(s) in custody. Detectives have not established a motive in this homicide investigation.

The Birmingham Police Department reports an arrest has been made in connection to the homicide of Cordai Molette.

The suspect has been identified as
Charza Jamal Knight, (21), B/M, of Birmingham, Alabama.

Detectives presented information gathered on the case to the Jefferson County District Attorney’s Office for review. Following the assessment, a Capital Murder warrant was obtained with no bond. Charza Knight has been taken into custody and is currently being held in the Jefferson County Jail. 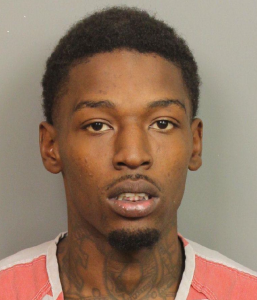