The Birmingham Police Department reports an arrest has been made in connection to the homicide that occurred on Saturday, April 18, 2020.

The victim has been identified as
Antoine Shawn Harris, (36), of Birmingham, Alabama.

At approximately 7:00 a.m., Birmingham Police Department’s Tactical Officers responded to 128 Briar Grove Drive while investigating an officer involved shooting. Officers forced entry into the residence to conduct a residential sweep and discovered the victim in a bedroom with multiple gunshot wounds. The victim was pronounced deceased on scene by Birmingham Fire and Rescue as well as Jefferson County Corner.

The preliminary investigation revealed on April 17, 2020, at approximately 11:00 p.m., Officers from the East Precinct were notified of a stolen vehicle at the Econo Lodge located in the 7900 Block of Crestwood Blvd. Upon further investigation, officers discovered the vehicle was involved in a homicide investigation that occurred in Auburn, Alabama. Information was also gathered that the suspect was observed in the area.

Additional resources were deployed and BPD K-9 Unit began to search the area for the suspect. During that search a silver sedan was observed attempting to leave the established perimeter. Officers attempted to make contact with the driver of the vehicle. The suspect fired multiple rounds at officers. Officer were able to return fire striking the subject. During the exchange of gunfire the suspect exited the vehicle and fled the scene on foot. The information obtained from vehicle occupied by the suspect lead officers to 128 Briar Grove Drive were the victim was found mortally wounded.

The suspect has been identified as
Derrick Lee Hightower, (32), B/M, of Columbus, Georgia.

Detectives presented the initial information gathered on the case to the Jefferson County District Attorney’s Office for review. Following the assessment, a Capital Murder warrant was obtained with no bond. Derrick Lee Hightower will be held in the custody of the Jefferson County Jail.

Alabama State Bureau of Investigation will be the lead investigative agency in the officer involved shooting investigation. 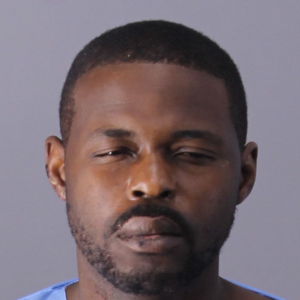