The Birmingham Police Department reports detectives conducted a homicide investigation and an arrest has been made. The incident occurred on Sunday, April 19, 2020.

The victim has been identified as
Jacqkingman Darnell Bennett, (26), B/M, of Birmingham, Alabama.

At approximately 10:53 a.m., Officers from the East Precinct responded to a call of a person down. Upon arrival, further investigation revealed a person unresponsive on the side of the road near a wooded area. The victim suffered from an apparent gunshot wound. Birmingham Fire and Rescue responded to the scene and pronounced the victim deceased.

Information gathered during this investigation lead to an arrest.

The suspect has been identified as
Cordarius Elliot, (28), B/M, of Birmingham, Alabama. 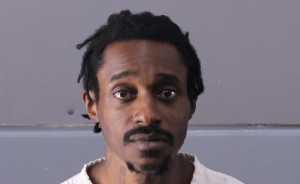